From the brilliant Karen Raymond at Atlas Chem-Dry Down Under in Australia:  Original post:

Maria was exhausted. She’d been up all night with her son. The poor little boy had been so sick, but Maria smiled tiredly as she watched him peacefully colouring in his dinosaurs. She decided to steal a quick shower to refresh herself and wake herself up a bit before going to the doctor later that morning.

She must have been all of five minutes in the shower and, when she came out, she screamed in horror. “Oh no! What have you done?” Her son blinked up at her with big, shocked eyes. She raced to him and snatched the permanent marker out of his hand, before surveying the damage. Her beautiful, cream plush leather sofa was completely covered in black texta. Every cushion, every panel. She angrily told off her son, who started to cry. Maria wanted to cry too. She took a deep breath and tried to think. She remembered last time she had Atlas Chem-Dry clean her carpets the guy had given her a quote to clean the sofa and so she went to the fridge where she had kept their magnet handy. 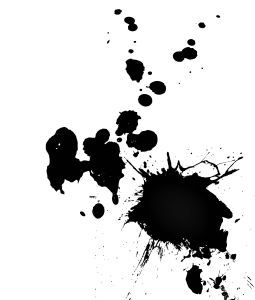 The girl on the phone was empathetic and reassuring but didn’t promise the texta would come off. Maria booked the technician to come later that day, after her son’s appointment with the doctor. Her son was fine, she just hoped it would be the same for her couch. It was an anxious wait until the technician arrived. He came in and took a look. He was also empathetic but the damage was extensive and she knew it. How her son could have done so much damage in such a small space of time was frightening. She could only be grateful that it was isolated to the couch, but the technician confirmed her fears that it was most likely ruined. He kindly suggested she check on her insurance. She hadn’t even thought of that!

Maria was able to put in a claim, pay a $100 excess and replace her sofa, with minimal fuss. The technician could have tried to clean it, charged her a lot more money and maybe had success, but he didn’t. He tried to find the best solution for her problem in a way that didn’t benefit him at all. Except that now he had a more loyal, happy customer than ever before. She would never go anywhere else. She appreciated his help, his time and his honesty.

From now on all colouring in would be strictly supervised and permanent markers locked safely away!